Health-related advertisements are not a new phenomenon. In the past, they promised to make our lives better. If we bought a certain product, it would provide extra energy, happiness and beauty. Now, “Modern advertising operates almost exclusively with the positive register, therefore young, healthy and beautiful people are basic images in advertisements”(Falk, 1994). Ads always offer an implicit negative contrast with the positive image. This way, it hints at how things would be without the advertised product. By playing into these insecurities, companies will sell more prodcuts. For example, the  ad below: 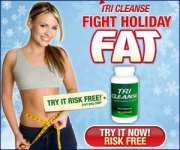 Through advertisements, certain products original value of health, take on a much wider social and cultural meaning.  (Burrows & al. 1995). Advertising helps health promotion by spreading its message and by making the pursuit of health appealing, thus leading to increase in sales.

Health advertisements occupy a majority of our media consumption, but it anyone noticing? Here are two examples of resistance.

Boston Globe contributor, Michelle Gillett said, “Viewers are struggling to make sense of how Dove can promise to educate girls on a wider definition of beauty while other Unilever ads [for Axe] exhort boys to make ‘nice girls naughty.” … Unilever is in the business of selling products, not values, and that means we, the consumers, are being manipulated, no matter how socially responsible an ad seems.”

Unilever, the brand that owns these two health and hygiene brands says it themselves: “How we communicate hygiene issues to consumers is playing a vital role in the success of our brands.” Here is an example of how two brands from the same company play on society’s insecurities, as well as displaying contradicting messages. Companies are just trying to reach you, so you’ll buy their product, no matter what.

Jean Kilbourne says: “It is impossible be healthy in a toxic cultural environment that surrounds us with unhealthy images and constantly sacrifices our health and our sense of well-being for the sake of profit.” 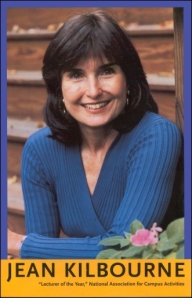 Her lecture and video series of “Killing Me Softly”, is a resistance to advertisements. She is aiming to shed light on how media forces our society into feeling bad about themselves and needing to improve.

Throughout her lecture series she proposes resisting the medias attack on our bodies. She discusses how advertisements portray women as sticks, ultimately leading them to buy into more beauty chemicals and weight loss supplements to make them look like that.  Most advertisements sexualize and objectify women’s bodies and how the media plays on our insecurities.

Health Magazine is a perfect example of a media commodity created just to sell us things. It sells us (the audience) as a commodity. Depending on our income level, marital status, and location we will be worth different values to the advertiser.

Will it stop? There is some resistance out there. But with the health advertising industry being one of the largest in the world, it will not go away.

When theoretically analyzing  health as a media commodity, we can see that advertising health has gone through “McDonaldization” process. It has been rationalized to match our societies perceived idea of health. For example, we have far more plus size models in advertising now. Efficiency, predictability, calculability, and an emphasis on non-human technology are the four principals of this theory.  Think of how the two main components of health has gone through Mcdonaldization: exercising and eating.

The propaganda model explains how we are manipulated and manufactured to buy into what the advertisements are selling us.  This model has been around since the concept of mass media and mass advertising began. We live in a consumer culture and unfortunately, it is not going to change any time soon. 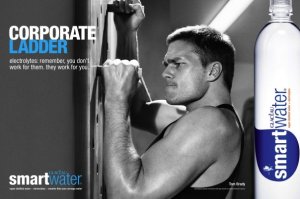 The conspicuous consumption theory is another factor in explaining how health advertising health will not end. This idea is about how consumers buy goods and services for the main purpose of displaying their wealth.  In doing so, they hope to maintain a certain social status or in relation to health advertisements, steer clear of what the media tells us is unhealthy. Even though there is resistance out there, this industry does not see an end any time soon. People can do their part and not buy into the medias commodifcation of health. But until the masses do…this industry is here to stay.